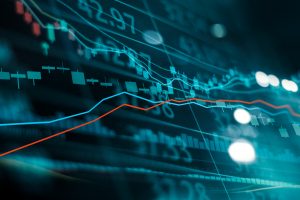 VSBLTY Groupe Technologies Corp. (the “Company” or “VSBLTY”) (CSE: VSBY)  is pleased to announce that it has closed the second tranche of its private placement (the “Offering”) of $1,000 principal amount 10% convertible

The Debentures will bear interest from September 19, 2019 (the “Closing Date”) at a rate of 10% per annum on an accrual basis, calculated and payable semi-annually, and will mature on September 19, 2021 (the “Maturity Date”).

The principal amount of the Debentures may be convertible, in whole or in part, at any time before the Maturity Date, into units of the Company (each, a “Unit”) at $0.35 per Unit, if converted at any time before one year after the Closing Date (amended from the previously-disclosed conversion price of $0.45 per Unit), or otherwise convertible at $0.60 per Unit if converted after one year after the Closing Date but before the Maturity Date.

Each Unit consists of one common share in the capital of the Company (a “Share”) and one-half of a Share purchase warrant (each whole warrant, a “Warrant”). Each Warrant will be exercisable into one Share (each a, “Warrant Share”) at a price of $0.60 per Warrant Share for a period of 24 months from the Closing Date, subject to acceleration. The Company may exercise its warrant acceleration right, if on any ten consecutive trading days, beginning on the date that is four months and one day following the Closing Date, the closing price of the Company’s Shares on the CSE is greater than $1.00 per Share. If the Company exercises its warrant acceleration right, the new expiry date of the Warrants will be the 30th day following the notice of such exercise.

The Company paid a cash commission to the Agent of $135,280, a finance fee of 144,942 Shares and issued 386,513 non-transferable broker warrants (the “Broker Warrants”). To date, the Company has paid cash commissions to the Agent of $228,480, corporate finance fees of 244,799 Shares and issued 652,799 Broker Warrants pursuant to the Offering. Each Broker Warrant entitles the Agent to purchase one Share at the price of $0.35 per Share for a period of 24 months from the Closing Date.

The net proceeds from the Offering will be used for acquisitions and general and corporate working capital purposes. The securities issued in the Brokered Offering and Non-Brokered Offering are subject to a statutory four month and one day hold period, which expires on January 20, 2020. Due to significant demand from investors, the Company is also pleased to announce that it has entered into an amendment agreement with the Agent, pursuant to which the Company and the Agent have agreed to increase the size of the Offering from $3,000,000 to up to $4,500,000.

On Behalf of the Board of VSBLTY Groupe Technologies Inc.

Headquartered in Philadelphia, VSBLTY (CSE: VSBY) is the world leader in Proactive Digital Display™, which transforms retail and public spaces as well as place-based media networks with SaaS- based audience measurement and security software that uses artificial intelligence and machine learning.

The reader is cautioned that assumptions used in the preparation of any forward-looking information may prove to be incorrect. Events or circumstances may cause actual results to differ materially from those predicted, as a result of numerous known and unknown risks, uncertainties, and other factors, many of which are beyond the control of the Company, and which are described in the Company’s public filings available under its profile at www.sedar.com. The reader is cautioned not to place undue reliance on any forward-looking information. Such information, although considered reasonable by management at the time of preparation, may prove to be incorrect and actual results may differ materially from those anticipated. Forward-looking statements contained in this news release are expressly qualified by this cautionary statement. The forward-looking statements contained in this news release are made as of the date of this news release and the Company does not intend to update any of the included forward-looking statements except as required by Canadian securities laws.

For more information or a Product Demonstration email info@vsblty.net or simply call 212-652-2208.